The Citizens, our historic renovation project located in the heart of downtown Columbus, Ohio is nearing completion. We worked with Edwards Companies to transform an underutilized, historic bank building into a Class A, mixed-use apartment community. 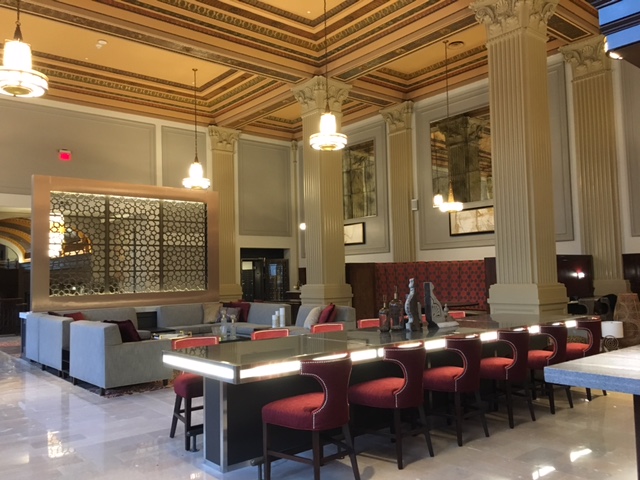 Built in 1917, the original bank was six stories and one of the tallest buildings in Columbus.  Through the 1920’s and 30’s the bank changed ownership multiple times. In 1960, a three-story addition was added to the top of the bank.

Edwards Companies has been very thoughtful and deliberate about keeping the original look, feel and history of the building intact. The name of the apartment community is derived from the initial occupant – Citizens Saving & Trust Company. The historical character of the classic revival exterior was left untouched with the exception of the windows, which were swapped out for new, energy-efficient models.

Inside, the team restored as much of the original character as possible paying special attention to preserving two bank vaults, as well as the detailed ceiling and columns of the bank hall on the first floor.  The original two-story bank hall, once the home of vaults and teller booths, is now a sophisticated public gathering space featuring a specialty cocktail bar.  While the teller booths are long gone, the vaults have been re-purposed and integrated into the design.  One vault is a unique feature of the bar, while the other serves as the community mail room.  To restore the amazing columns, we did some research and were able to track down the company who originally crafted the columns.  As luck would have it, the company is now owned by the founder’s grandson. They still have the original mould for the columns in their warehouse.

During the renovation of this 100 year old building, a number of discoveries were made. One great discovery includes the team finding stacks of old money orders dating back to the 1920’s.  To pay homage to the history of the building, the interior design team, Studio 4D, used the money orders as wallpaper around the entries of the apartment units. 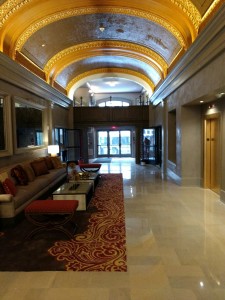 Due to the limited size of the building and Edwards’ exciting vision for it, they purchased the site across the street to develop a sister property, 85 North High.  Parking for The Citizens is provided in the basement level of the 85 building. The two properties share amenities for residents. For safety and convenience, the two buildings are connected via an underground tunnel. The tunnel runs underneath the street.  The Citizens will provide residents with a cocktail lounge, restaurant, fitness center, and a rooftop patio. 85 North High will be the home of a pool with a cantilevered, transparent edge, clubhouse and yoga studio. 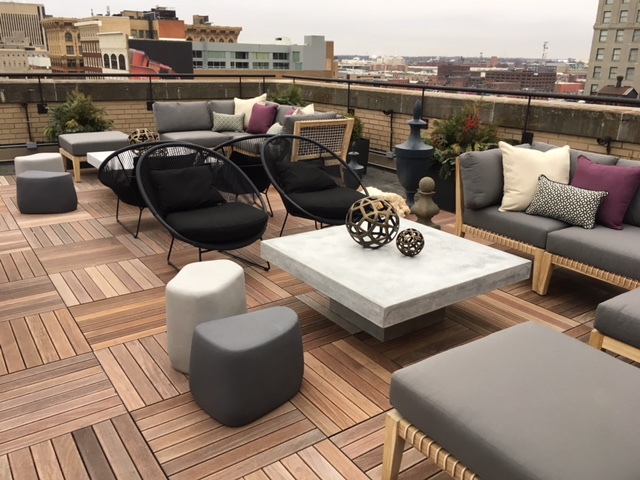 The Citizens is one of the most unique properties that we have had the pleasure to design.  If you are in the area, we recommend that you stop by. Enjoy a tour when the property officially opens this spring.